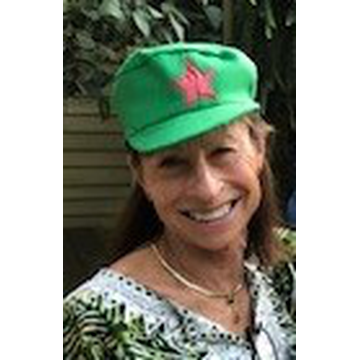 In this month’s spotlight, we continue our conversation with two more SEAPAX members who joined NPCA’s Emergency Response Network after their service was interrupted by the Peace Corps evacuation of March 2020. Paige Beiler and Jerome Siangco were working in Morocco and China, respectively, and you can read their stories below.

Q: How were you informed of the evacuation? How much notice did you receive?

Paige: We received information bits at a time. On the morning of Friday, March 13, I was at my youth center, heading home for lunch and planning to come back in the afternoon. The center director told me not to come back in the afternoon—all the youth centers in our region were closing for the weekend as a COVID-19 precaution. At that time, I think there were only a few reported cases in country, maybe less than 20. Saturday, we were waiting for an email to let us know if we should plan for a lock down or if we should be packing. That evening we got an email confirming that we would be going to the capital, and the next day, the evacuation was confirmed, with logistics being fleshed out. On Monday morning we met at regional consolidation points to be taken to the capital by private buses. We were supposed to be evacuated that weekend, but the airports started to cancel flights and close down. We all made it to the capital Monday evening and were on a chartered flight back to America Wednesday, March 18.

Jerome: On January 28, 2020, three days after the Lunar New Year/Chinese Spring Festival, we were informed by email that the Peace Corps China Emergency Action Plan had been activated. I was a Peace Corps Safety and Security Warden for my province, and part of my role was to call or message a group of about 20 volunteers to confirm that they had read the email and understood its contents: we were being evacuated to Bangkok at any moment. I did not know the day or time of my flight until late Wednesday evening; we would leave China the next day. Still, the assumption was that Bangkok was temporary, two more weeks of in-service training to prepare for the spring semester, not that we would be evacuating. But just two days after arriving in Bangkok, we were informed we would all be closing out our service. On the last day, the COS ceremony incorporated a mixture of both PC China and PC Thailand traditions, honoring the PC experience of both countries.

Q: Did you come straight back to the States? Did you have difficulty finding a place to live?

Jerome: On February 6, we handed in all medical and legal paperwork needed to declare a COS, thus becoming RPCVs and private citizens. On February 7, we flew back home to the States.

Paige: My family was planning to visit me in Morocco when it all started. I was supposed to see them that very weekend. I did end up seeing my family that week, but in America, not Morocco. I moved back home with my parents for about six months while I was processing everything that had happened.

Q: Could NPCA or SEAPAX have done something better/differently to assist your reentry?

Jerome: Both NPCA and SEAPAX were great. Due to the timing of Peace Corps China ending, many of our group were able to gather in D.C. for NPCA's annual Action Day on the Hill. It was great to see friends who had all gone through evacuation together. I’m also thankful to the many graduate institutions around the globe that waived deadlines and specific application requirements for evacuated volunteers. This made the transition a little less rough as I, and other evacuated volunteers, had anticipating applying to grad school after the full completion of service.

Q: What were the biggest challenges you faced after arriving home?

Paige: I was sad. And angry. And confused. I never knew what would send me into tears. I had a five-year plan that ended with Peace Corps and expected to spend the summer of 2020 deciding what was next. I had no clue what direction I wanted to go in, and I felt pretty lost. I knew coming back would be hard, and honestly, there was a part of me that was thankful things were initially in lock down. I didn't want to go anywhere, see many people, or do much of anything. Driving was weird and a bit scary. It was hard to put into words the confusion of a world so familiar yet incredibly distant.

Jerome: The hardest challenges were culture shock and friends and family being unable to relate to what it was like being suddenly evacuated. After arriving back in the States, I traveled a little bit seeing friends and family. It was great seeing them but hard to connect on what I had experienced over the past eight months of my Peace Corps service. I know in the long run I have grown from all these experiences, and I will be stronger because of them. However, the experiences are all still very salient and every day when I confront memories, I am reassured that if I was able to come out whole on the other end, and I am prepared for the next challenge life throws my way.

Q: Do you know what became of the projects you had to leave behind? Have you been able to stay in touch with counterparts or students?

Jerome: I taught English at a university, and the classes I was supposed to teach in the spring were shifted to other faculty in the English department. I still maintain contact with my Peace Corps community through social media platforms. Staying in touch with my students through social media has been gratifying to see their growth in learning English and how they are progressing through their studies. I do hope to return to China on my own, either for doctoral research, professional work, or personal travel when borders reopen.

Paige: I worked with a counterpart to establish a library in the youth center. All the youth centers are still closed in Morocco and have actually been used for vaccine rollout. So while the library has been closed and untouched, I'm thankful to know people in my site have access to the vaccine. My counterpart is still in town, and hopefully once youth centers start opening up again, she will be able to reopen the library.

I recently returned to Morocco and got to go back to my site! I truly can't put into words how meaningful my time back in country was. Summer in Morocco is HOT, so much of my time was spent hiding from the heat, drinking tea in peoples’ homes, and eating. Traveling from the airport to my site, I expected to feel overwhelmed with emotions. But it felt so normal, like I had been on a trip or at a training, and I was just coming back home. And that felt even more moving. I left feeling a lot of peace–closure with the events of the evacuation, but an open door that I can always return to. It wasn't just a job or an assigned placement. It really became a place that was home, with friends and families that I hope to always stay connected to. I don't know what I expected when I joined Peace Corps. I know it wasn't this, but I know this is much deeper than I could have planned.